I originally wrote this piece for a magazine that never made it to launch. I’m posting it here as the postal service is continuing to face funding threats.

The 1,000 New Deal-era post office murals that helped define American and regional histories are in jeopardy as the U.S. Postal Service (USPS) shrinks and buildings are being sold, repurposed, or destroyed. Local activists are fighting to find, restore, and display displaced murals. However, the federal government, who owns the paintings, doesn’t know where they all are.

Roosevelt’s New Deal provided work for over 10,000 artists and resulted in more than 100,000 works of art, a boon unprecedented in American history before or since.

Gray Brechin, historical geographer and founder of the website Living New Deal, called it “a new American Renaissance where artists were put to work and the American people could see public art.” According to Brechin, Depression-era government funding for art was similar to the patronage of the Medici family during the Italian Renaissance.

The federal government’s General Services Administration is working to locate and catalogue that artwork. A spokesperson for the agency stated,“Given the number of years that have passed, the restructuring or abolishment of the agencies that house the works of art, and/or record keeping omissions have contributed to the separation of the documentation from the artworks, making a complete accounting of this inventory difficult.”

Among this abundance of New Deal art are over 1,000 post office murals overseen by the Treasury Section of Painting and Sculpture, later renamed The Section of Fine Art. Between 1934 and 1943, USPS construction budgets included a line item for original art. Artists competed for commissions and were selected with the help of locals familiar with the community. The Section of Fine Art had the final say in the selections of art at each post office but encouraged muralists to work with historians, teachers, and other citizens to compose subject matter showing the unique stories of their region.

The results were vast, narrative works with strong ties to each region. Julius Woeltz painted bauxite miners on the wall of the the post office in Benton, Arkansas. Reva Jackman painted a pioneer family in Bushnell, Illinois.

Roger G. Kennedy, author of  When Art Worked: The New Deal, Art, and Democracy told NPR’s Diane Rehm that President Roosevelt wanted to commission art that would show Americans “…the ways in which, in the past, we had taken care of each other.”

There were controversial paintings too. Anton Refregier’s murals in San Francisco showed the complex history of California including Spanish monks, American Indians, gold mining, and the painful piece “Beating the Chinese.” Members of the House Un-American Activities Committee called the work communistic propaganda. Nevertheless, the work survived McCarthyism and the closing of the San Francisco post office where it originally hung. The paintings are now in the city’s Rincon Center.

As mail has changed over the years, many post offices are closing down and some politicians are calling for privatization of the mail service, thus jeopardizing public access to these works of art. By the time the Treasury’s Section of Fine Art closed in 1943, there were 42,654 post offices in the United States. By 2017, that number had shrunk to 26,410. President Trump has stated he’d like to see the USPS privatized.

Still, a number of cities have successfully renovated and relocated post office murals.

In Ukiah, California residents protested the 2012 closure of their local post office and feared the loss of Benjamin F. Cunningham’s “Resources of the Soil.” However, a city council agreement with the federal government brought the mural back to the Ukiah Civic Center.

Nicolai Cikovsky’s “The Old Tavern” mural depicting Civil War soldiers eagerly reading their mail went into a Silver Spring, MD post office in 1937. When that post office turned into a record shop decades later, the painting ended up in a tube in the basement of a USPS building until local activists petitioned to have it restored and exhibited at the local library.

Victor Arnautoff’s “Richmond: Industrial City” was lost for over 40 years after a post office renovation before local museum director Melinda McCrary tracked down a former janitor who help locate the rolled up painting in a crate in the building’s basement. The painting is now being restored in hope of one day displaying it in the Richmond Museum of History.

Lee Casbeer’s “Emigrants at Nightfall” suffered a similar decades-long basement banishment before being rediscovered and restored for display in the Alvin Historical Museum in Texas. Park Ridge, Illinois’s mural was also abandoned for decades before finding a new home in the public library.

While it’s easy to find news stories of successful mural recoveries, it’s harder to determine how many government-funded murals might still be lost.

Daniel Delahaye, Federal Preservation Officer said the USPS is in the process of creating a database to track murals funded by the Treasury Department’s Section of Fine Arts. When asked how they will find the information to fill that database, Mr.Delahaye said they will need to seek outside help and go “state by state.”

Currently, several citizen-run websites like Brechin’s Living New Deal provide the most extensive listing of post office murals. In the meantime, the government is continuing work to locate and document the art it owns.

You can help too. If you know of a post office mural in your city, town, or neighborhood that needs protection or restoration, you can be a part of the effort to save this important piece of America’s cultural heritage by submit your information here. 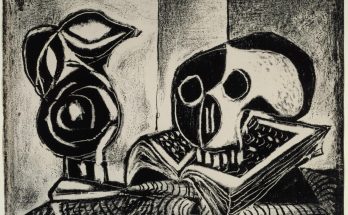 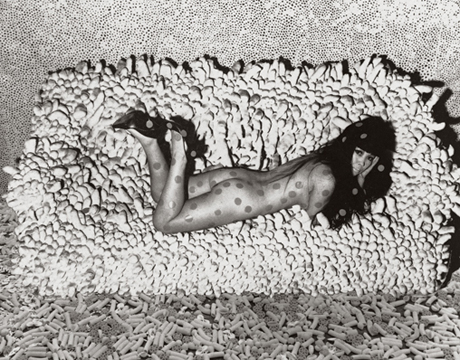